Free agency began with a bang in Pittsburgh, not a phrase you hear very often, as the Steelers resigned four of their own players and brought in free agent tight end Ladarius Green from the San Diego Chargers.

Regardless of how you cut it, there’s been a lot of activity over the past few days, so were do the Steelers stand? Well, here are 4 quick takeaways from the Steelers first week of free agency. 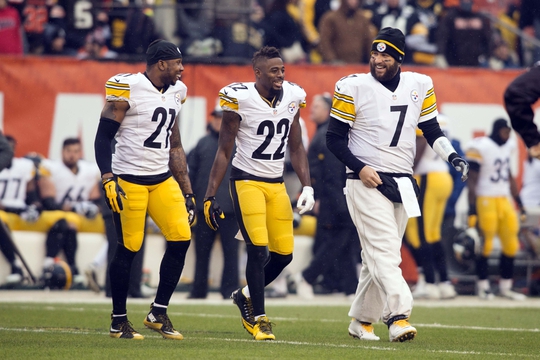 1. The Steelers  are NOT acting out of character.

The Steelers don’t make “splashes” in free agency. That’s true. In 1969 this franchise committed itself to building through the draft and promoting from within. 6 Lombardy trophies prove philosophy works.

The Steelers wanted Williams back, but when they lost him they signed Kevin Greene. The signing wasn’t the lead story on ESPN that night and didn’t get much coverage outside of Pittsburgh, but when Kevin Greene signed his free agent offer, he became the highest paid Pittsburgh Steeler in history.

The Steelers pioneered the practice of focusing on resigning your own free agents so inking William Gay, Ramon Foster, Robert Golden and Darrius Heyward-Bey to contracts is par for the course. Making a big, day 1 free agency signing is rare, but the Steelers did something similar just 2 years ago when the signed Mike Mitchell.

2. The Steelers are spending smart, not big.

Signing 5 players certainly lends itself to the appearance of big spending. But the numbers tell a different tale. Per ESPN’s Jeremy Fowler, the Steelers have only committed themselves to 11.5 million in guaranteed money, or about seven million less than Ben Roethlisberger’s salary cap hit for 2016. Further more, the Steelers have only added about 10 million to their 2016 salary cap.

Looking at the numbers, they almost certainly did. Not a bad business decision for players in their 30’s who’d like another chance to taste Super Bowl glory before they retire. But Ladarius Green’s contract is also team-friend, with only 4.75 million in total guarantees.

Even if Green suffers a catastrophic injury or washes out completely, and the Steelers have to cut him this time next year, his dead money hit will only less than Cortez Allen’s 2016 dead money hit.

3. The Steelers are doubling down on offense.

Even with all of the injuries and suspensions in 2015, the Pittsburgh’s offense was potent. Assuming “The Triplets” stay healthy, putting Ben Roethlisberger, Antonio Brown, Le’Veon Bell along side Martavis Bryant, Markus Wheaton, Sammie Coates, Ladarius Green and Darrius Heyward-Bey, the Steelers offense in 2015 can become lethal.

No one doubts the potential of the Steelers offense in 2016, and few are disputing the Steelers efforts to resign Ramon Foster, Heyward-Bey and the decision to get Green has been well received. However, Pittsburgh journalist Ken Laird had this to say:

This isn’t just negative nay saying. As the Pittsburgh Tribune Review’s Joe Starkey points out, only one of the NFL’s top 15 all time scoring offenses has won a Super Bowl. The most recent one, the 2013 Broncos, looked like a juggernaut until they got schooled by a superior defense in the Super Bowl.

The dollars and sense would of salary cap decisions, a tight end of Ladarius Green’s caliber probably gets your more bang for your buck than does a defensive back.

Beyond that, the Steelers have not come to terms with Steve McLendon, which figures to be another cost-benefit, nor did they offer a restricted free agent tender to inside linebacker Terence Garvin.

Like all free agent decisions, these choices are calculated risks. But the Steelers are taking fewer risks with their offensive firepower than they are with their defense.

4. Steelers free agents are getting attention from the rest of the NFL.

Talk can be cheap at this time of year. Every agent’s moral imperative is to convince all 32 NFL teams that the other 31 NFL teams are ready to offer his client a gzailliion dollars at any moment. So take some of these reports with a grain of salt:

The Steelers are also apparently looking at the Detroit Lion’s defensive end Jason Jones, per ESPN’s Jeremy Fowler. Take that for what you will. Often times the biggest free agent moves come completely under the radar.