Concussion: The story of Dr. Bennett Omalu. The tragedy of Mike Webster. The discovery of Chronic Traumatic Encephalopathy or “CTE.” The genesis of crisis that threatens the existence of the sport we love.

When someone pens the definitive history of the NFL and its CTE-fueled head trauma crisis, Pittsburgh will occupy ground zero. Steelers Hall of Fame center Mike Webster will play the role of patient zero. Dr. Bennet Omalu will act as the canary that sounded an alarm from deep inside the diamond mine.

Difficulties aside, Concussion tells a story that any conscientious football fan must hear. Steelers fans know it all too well. Mike Webster died at age 49, penniless and robbed of his wits thanks to the tau proteins that accumulated in his brain. CTE took Justin Strzelczyk two years later, at age 36 in a fiery wreck. Yet another year later, Terry Long ended his own life by drinking antifreeze while suffering from CTE. Less than one year ago, Adrian Robinson was posthumously diagnosed with CTE after committing suicide the age of 25.

Concussion recounts the story of a young Nigerian doctor, who saw 2 + 2 not equaling four and insisted, at his own risk, on doing something about it. 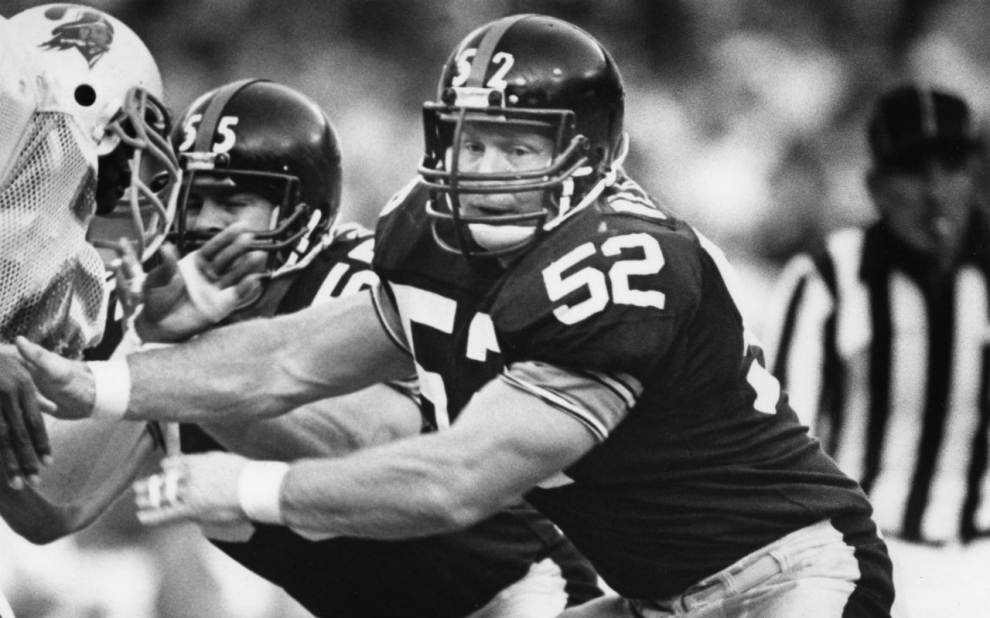 From an artistic stand point, Concussion represents a work of excellence. Its imagery and acting in many ways capture the essence of Pittsburgh. Will Smith provides an Oscar-worthy performance. David Morse became Mike Webster. While there’s an undeniable “David and Goliath” air to Concussion, the producers do tell a balanced story.

Yet, Concussion also conveys to the viewer the power and pull of football. Interspersed with live game footage showing Mike Webster taking hits to the head throwing blocks for Franco Harris or Rocky Bleier shots of Terry Bradshaw rocketing off bombs to John Stallworth and Lynn Swann epitomizing just how graceful a sport defined by brute force can be.

Another apocryphal meeting between Dave Duerson and Andre Waters one between serves the same purpose: To clarify football stands at the very crux of the tragic deaths suffered by these players.

In Concussion, the NFL establishment plays the part of the antagonist. Yet Steelers Nation will likely see the portrayal of their Pittsburgh representatives, in shades of grey and rightly so.

Concussion casts Dr. Joseph Marron the same Steelers doctor who once earned the wrath of this site, as one of the ultimate NFL skeptics and someone vehemently hostile to Dr. Omalu. But according to Julian Bailes, the movie casts Marron in an unfair an inaccurate light.

Football forms a fundamental part of the fabric of Pittsburgh’s identity and the Rooney family has been pillars of the community. In an earlier scene, Danny Sullivan, a fellow doctor who plays Bennett Omalu’s antagonist in the coroner’s office pleads with Omalu not to press forward with a deeper investigation of Webster arguing that it was players like Webster who gave the city hope when J&L and the rest of the steel industry collapsing.

WDVE’s Scott Paulsen spoke to that reality in his seminal essay “Steeler Nation” that provides a touchstone for both the city, the products of the Pittsburgh diaspora and the Steelers nationwide legion of fans. Before the 70’s, Pittsburgh was known for its steel. Since then it’s known more for the Steelers. 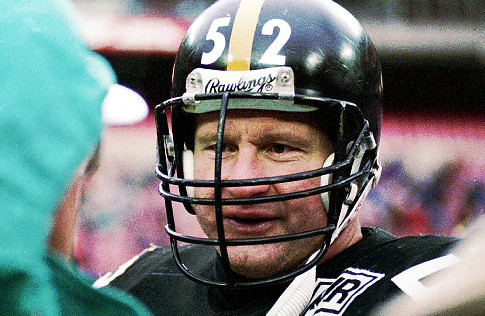 But based on what we now know, Webster’s may have suffered from the first diagnosed case of CTE, but he certainly was not the first to suffer from that affliction. As former ABC Radio journalist Mike Silverstein observed in a related story on Going Deep with the Steelers, that as long as 20 years ago “…there were stories of ‘punch drunk’ ex-football players living in abject poverty, without medical care or insurance.”

Still, several times during Concussion Mike Webster repeats, “If we finish the game, we win.” The movie’s none too subtle message is that perhaps the key to winning at football is not to play at all….

Fear not loyal readers, Concussion does not represent a “Come to Jesus” moment for this site on CTE any more than Adrian Robinson’s CTE diagnosis.

Perhaps new helmet technology can dissipate impact to prevent the brain from sloshing against the cranium. Pittsburgh Post Gazette writer Ed Bouchette has commented that he’s seen hundreds of former football players grow into their golden years with sharp minds but with painfully broken bodies. Maybe some study will pinpoint the independent variable that correlates to the excellent mental health of those players. Perhaps an enzyme will be discovered that neutralizes the tau protein.

Still, on January 29th 1974 – the famous 1974 NFL Draft where the Pittsburgh Steelers took a chance on an undersized center from Wisconsin named Mike Webster, the idea that someone with prosthetic legs could run marathons pure science fiction. So was the idea that you could communicate globally with a hand-held communicator. Now, both are realities.

Conclusion on Concussion, the Steelers and CTE

Early in the movie my wife asked me why so many ex-Steelers had CTE. I told her, “It was really just a conscience.” Later, I asked myself, “Was it because Chuck Noll was such hard driving coach?” After all, the Steelers were one of the last teams to stop live tackling in practice and Webster, Long, and Strzelczyk all played for The Emperor.

CTE was not discovered in Pittsburgh because football forms fundamental part of the city’s fabric. CTE was discovered in Pittsburgh because fate intervened allowing Webster, Strzelczyk and Long to find their end in a place where Dr. Omalu was practicing medicine and because Dr. Omalu refused to accept the simple answer and insisted on searching for the truth, even if it meant opposing some very powerful interests.