As the city of Pittsburgh and Steelers Nation lay Dan Rooney to rest perhaps the most fitting way to put Dan Rooney’s legacy into perspective is to recall the wisdom of my late father-in-law, Ruben Jorge Sosa, who often remarked:

The rough English translation of Rubencito’s Argentine dictum would be, “If you want to get to know the true soul of a man, give him money and give him power and see how he treats people.”

Dan Rooney was born as the first son of Pittsburgh’s first family and grew to lead one of the world’s most successful sports franchises inside the uber-competitive crucible of the NFL. He had more money, and more power than anyone whose eyes have browsed this blog, yet Dan Rooney always maintained his humility, and he always kept his focus firmly on the people. 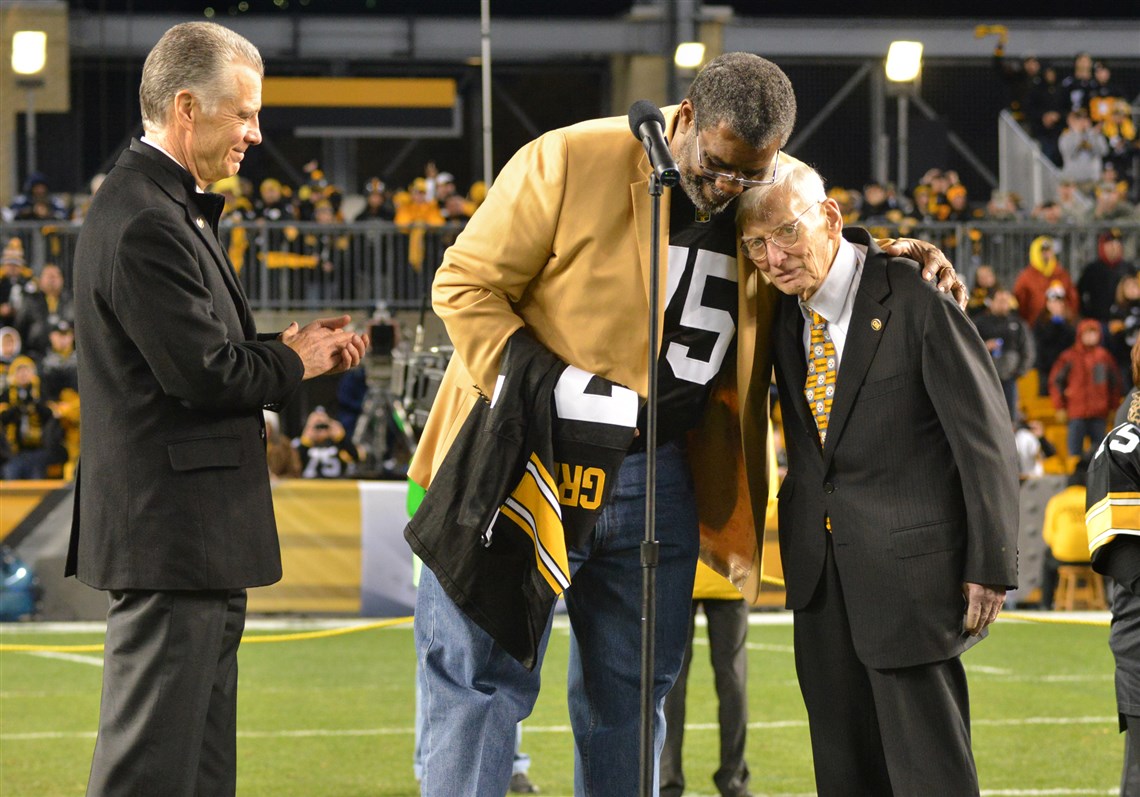 Steel Curtain Rising is hardly the only site to make this observation. The tributes to Dan Rooney that have rolled in since his death seemingly provide an inexhaustible source of stories about Dan Rooney’s sense of decency, justice and humility.

But it is also appropriate to consider just how remarkable an accomplishment Dan Rooney’s life represents when you take into account the environment in which he thrived.

Dan Rooney in the Competitive Crucible of the NFL

Have you ever stopped to consider which environment is more competitive, the NFL on the field or the NFL off of the field?

On the field, football provides as competitive and as brutal a contest as you can find. Long before Mike Webster’s death introduced the world to the ravages of CTE, the gridiron had a well-earned reputation for giving US pop culture its modern day equivalent of the Roman Coliseum.

Off the field things don’t get any easier. If you think the NFL is anything but a bottom line business, then I invite you to talk with San Diego Chargers or Oakland Raiders fans. Or St. Louis Rams fans. Or Houston Oilers fans. Or Cleveland Browns and Baltimore Colts fans.

NFL owners understand the nature of the game. They know that careers are short and championship windows can take a generation to pry open, only to slam shut before many even realize their opportunity is at hand. The vast majority of owners grasp this reality and model their businesses with the requisite ruthlessness.

As he recounted in his self-titled autobiography, during the 1987 players strike, Dan Rooney once observed the Cowboy’s Tex Schramm and Tampa Bay’s Hugh Culverhouse comparing NFL players to cattle and the owners to ranchers. When the NFLPA’s executive director Gene Updshaw looked at Rooney in disbelief, Rooney simply shook his head, making it known he preferred to negotiate with the union in good faith. 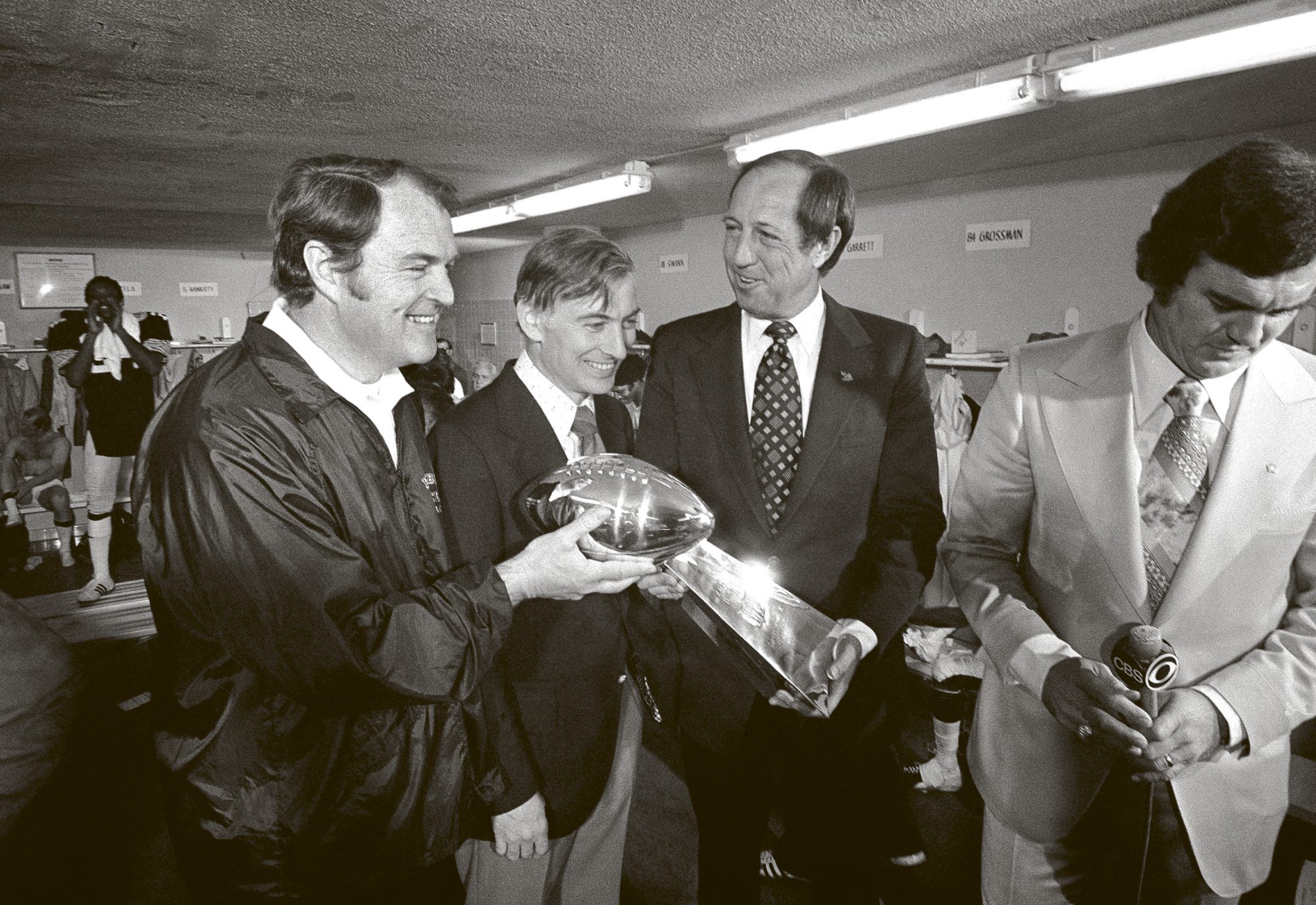 Lest you think this anecdote is merely a byproduct uttered in the heat of acrimonious labor negotiations, rest assured more mundane examples abound. Think Daniel Snyder firing dozens of front office staff – many secretaries and other low wage administrative staff – when he took control of the Redskins, simply to show everyone a new Sheriff was in town.

It takes a tough individual to build a successful business when your “partners” hold such attitudes.

When Pete Rozelle first proposed a unified television contract with equally shared revenues, the big market owners, George Halas, George Preseton Marshall, Wellington Mara and Dan Reeves of Los Angeles resisted, balked at the idea and insisted instead that larger markets get a bigger share of the pie.

Dan Rooney informed them that if they failed to compromise, then he would refuse to broadcast games to the visiting cities whenever their teams came to Pittsburgh.

The other owners relented, and revenue sharing was born.

But Rooney pulled off the feat of being tough, of maintaining a profitable bottom line while continuing to make people the focus of his efforts as a single, simple tweet illustrates:

He knew my name, a unknown signee, before I even said a word. I'll never forget that. Rest well! https://t.co/6p69WMnQRT

For those of you who’ve already forgotten who he is, the Tweet is from Josh Harris, whose NFL career amounted to 9 regular season and 9 post-season carries in 2014. Josh Harris was a roster-bubble baby if there ever was one, yet Dan Rooney knew his name before the two men had ever said hello.

I know I wouldn’t, and I’m 40 years younger than Dan Rooney.

But that was Dan Rooney. He was the NFL owner who once had Mike Wagner come in and sign a contract after he announced his retirement, simply so he could pay him a farewell signing bonus. That’s the same Dan Rooney who insisted on waiting in line in his own lunch room, and paid to send his cafeteria workers to see the Steelers in the Super Bowl. Dan Rooney drove himself around in a Pontiac, and carried his own suitcase when he served as ambassador to Ireland.

But Dan Rooney most certainly did know he was rich, but he understood that his true wealth came from his ability to connect with people. He always remembered that.

Commentators often grouse about the “socialist” nature of the NFL’s business model which is built on revenue sharing. That’s AM Radio inspired nonsense. The NFL is the ultimate capitalist cartel. The result of this arrangement is that the NFL’s competitive landscape rewards pure excellence.

Good decision making, on the field and off the field, determine who the winners are in the NFL, and with six Super Bowl Trophies to their credit, no team has been more successful than Dan Rooney’s Pittsburgh Steelers.

Dan Rooney’s life was guided by faith, family and football and those values guided him and kept him at the pinnacle of his chosen profession. Dan Rooney’s legacy is his humility in the face of such awesome excellence.