No 2017 post-mortem assessment makes that argument and none should. While Steel Curtain Rising has been and remains a Mike Tomlin supporter, that doesn’t change the fact that the Steelers head coach has some explaining to do.

Let’s look back at how Tomlin and the 2017 Steelers got to this juncture. 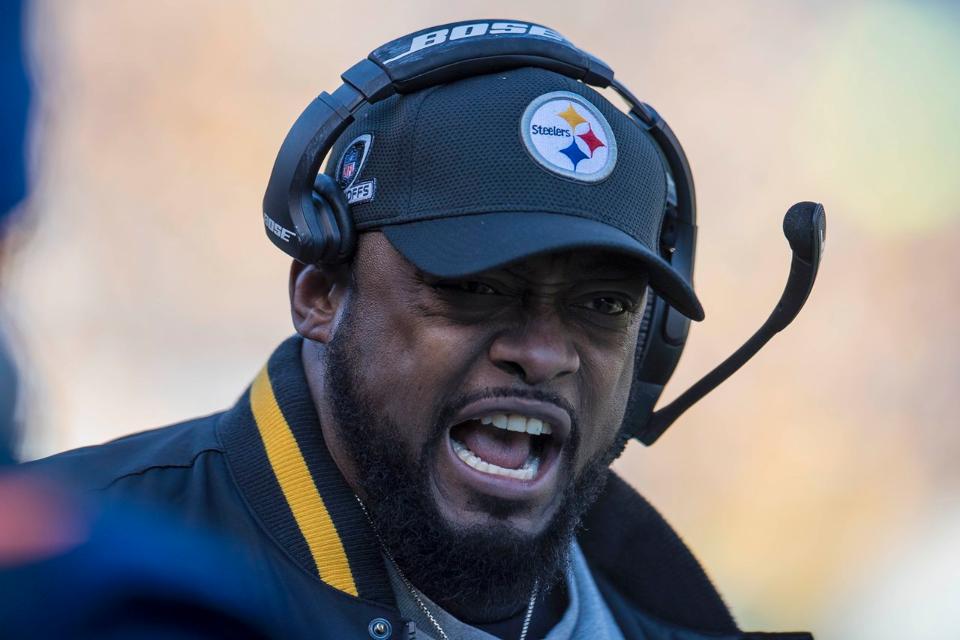 Going All in to Get Through an Open Window

The 2016 Pittsburgh Steelers went on a roller coaster ride that saw them swoon deeply only to rebound all the way to the AFC Championship game. Yet once, there Tom Brady decimated the Steelers defense, while the offense struggled in kind.

In truth, Ben Roethlisberger was only acknowledging the proverbial elephant in the room. Everyone knew “Life’s Work” was approaching Roethlisberger, Ben simply uttered it aloud.

Neither avenue bore fruit. But in a flurry of late-August activity, the Steelers signed Joe Haden when he became available, traded for Vance McDonald and J.J. Wilcox. Pittsburgh was far outside its comfort zone.

Perhaps it was simply because talent unexpectedly became available. Perhaps it’s because Art Rooney II is a little bit more of a risk taker than his father was. Or perhaps it was because the Steelers brain trust felt 2017 equaled “Now or Never” territory.

It doesn’t matter. The Pittsburgh Steelers went “All In” on their 2017 roster.

Steelers 2017 Defense Defies Expectations Only to Dip into Decline

The story on the Steelers 2017 season was supposed to read like this:

Except it never happened. When the 2017 regular season kicked off and Ben Roethlisberger, Le’Veon Bell, Antonio Brown and Martavis Bryant finally took the field together, the Steelers offense sputtered rather than soared.

And they did so because of their defense. Keith Butler’s defense only gave up an average of 14 points during the first 11 weeks of the season – a figure which includes the 5 interception disaster against the Jaguars.

And then of course Ryan Shazier got injured, transforming the middle of the Steelers defense to a sieve. On paper Sean Spence, Tyler Matakevich, L.J. Fort and Arthur Moats provided respectable depth at inside linebacker, paper promises which never materialized on the field.

Fortunately, by that point in the regular season, the Steelers offense had found its rhythm.

Roethlisberger Stumbles then Roars to Life

Ben Roethlisberger did not play well at the beginning of 2017. Sure, Martavis Bryant also looked lost, but it says here that Antonio Brown made Ben Roethlisberger look like a lot better quarterback than he really early in the season. Le’Veon Bell also took several weeks to find his stride, and Vance McDonald also took time to acclimate to the new offense.

The Steelers offense didn’t suddenly transform itself into the NFL equivalent of Daenerys Targaryen and her dragons, but Pittsburgh’s points scored average jumped by 9.2 points season’s final eight games.

JuJu Smith-Schuster emerged as a superstar, and even with him and Bryant missing games, the Steelers offense keept humming. With the Shazierless defense faltering, it seemed like that might be enough for the playoffs. It wasn’t.

We’ll never know how a healthy Haden and Shazier would altered the Steelers 2017 playoff fortunes. And that’s a shame, because this unit flashed greatness at midseason.

In 2016 the Steelers were eliminated in AFC Championship, in 2017 year they were eliminated in the AFC Divisional round. That’s a clear regression, but consider the context makes Pittsburgh’s backwards step all the more poignant:

Even without Ryan Shazier the Steelers defense, position-by-position is more talented than the 2016 edition. Yet you’d never know it by watching them against the Jaguars.

After the game fans began calling for the heads of Keith Butler, Carnell Lake and Joey Porter. When no defensive staff changes occurred, word leaked that Mike Tomlin had taken control of the defense. If that’s true, then let’s credit Tomlin for not forcing his lieutenants to take the fall.

We don’t know the circumstances or context of Mike Tomlin’s role in running the defense. Perhaps it has been this way since Dick LeBeau departed. Or perhaps stepped in as a leader, and took a more active role when Shazier went down. The latter makes sense, because the Steelers defense clearly looked like a group of players who had to many voices whispering in their ear holes.

But regardless, this doesn’t touch another root issue that doomed the Steelers defense down the stretch – the lack of apparent development by Artie Burns, Sean Davis and Javon Hargrave following strong closes to their rookie years.

If there’s a lesson out of Michael MacCambridge’s biography on Chuck Noll, His Life’s Work, that applies to 2018, its that very little of what truly drives the Steelers makes it into public light.

But based on what we know publicly Mike Tomlin owes Art Rooney II some serious answers to some tough questions. Presumptively, Tomlin’s responses satisfy Art Rooney II. Let’s hope his players can back his words up on the field.