Today Mike Tomlin and his staff will direct the AFC’s Pro Bowl squad and, for the first time since 2012, someone other than Todd Haley will serve as offensive coordinator.

This site’s readers know that Steel Curtain Rising isn’t a Haley Haters Haven and, moreover, has often defended the Steelers now former offensive coordinator, and this article neither offers retractions nor mea culpas.

But this is also one non-Haley hater who thinks that the Steelers braintrust were right to “go in another direction.” Let’s look at why. 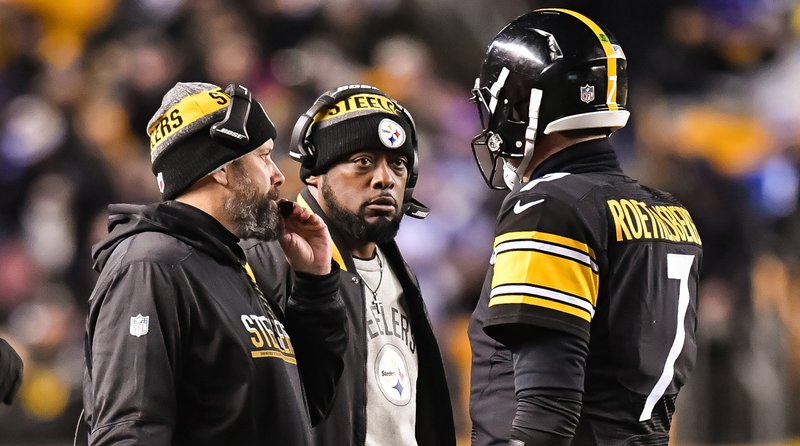 Why Stick Up for a Shmuck Like Todd Haley in the First Place?

By all accounts, Todd Haley is abrasive. His flair ups with stars like Kurt Warner are on record. Some sort of off the field distraction seems to follow Haley wherever he goes. The pelvis fracturing incident over the holidays was the latest of many.

Because the title “offensive coordinator” is one of the most difficult in the NFL. Arguably, it’s harder to coach defense, but casual fans have a lot more transparency into offensive coaching.

While this isn’t new, social media combined with advent of Madden and fantasy football allows every fan to become a Twitter offensive coordinator. So at some level, this site’s sympathy for Todd Haley has been rooted in the understanding that offensive coordinator have it tough, and that all but a sliver of fans who think they could do better, can’t.

Take the dark days of Ray Sherman and ’98 Steelers. On third and long, in a corner of Baltimore’s legendary Purple Goose Saloon, we’d cry “Weak side pitch to Fred McAfee!” And sure enough, Kordell Stewart would lean left, flip the ball to McAfee who’d get clobbered just shy of the first down.

Joe Walton’s reign as Steelers offensive coordinator was worse. Despite having Merrill Hoge, Tim Worley, Barry Foster and Louis Lipps at his disposal, Walton built finesse offense around his tight ends (OK, he did have Eric Green.)

Did Todd Haley’s deficiencies ever sink to such lows? No, they did not.

Certainly, poor offensive lines offensive lines played their role. (Although if Steel City Insider’s  Jim Wexell is right, Arians opposed beefing up the line.) But Ben Roethlisberger’s penchant for holding on to the ball too long was a bigger factor, and Arians refused to do anything about it.

On this count, numbers don’t lie:

Interestingly enough, these stats they’re almost identical to the numbers run in the spring of 2016, so the trend has confirmed itself. Granted, having blue chip skill players like Antonio Brown and Le’Veon Bell, supported by the likes of JuJu Smith-Schuster and Martavis Bryant has helped.

But, like him or not, Ben Roethlisberger has played his best football under Todd Haley, and he’s taken a lot less punishment in the process.

It Comes Down to Roethlisberger and Results

So Todd Haley wasn’t the disaster at offensive coordinator that many fans portray him as. Nonetheless, there are 2 reasons that explain why the Steelers rightly let him go.

Gene Collier of the Post-Gazette is largely right when he argues that good play calls are calls that work, bad play calls are ones that don’t. Imagine if David DeCastro had delivered a devastating block that sprung Le’Veon Bell loose on a 50 yard romp on the infamous 4th and 1 pitch, would you have complained about the call?

Scoring 42 points in a playoff game is nice, but they weren’t what the Steelers needed. Pittsburgh needed to answer the Jaguar’s opening touchdown with a long drive of their own, instead of a 3 and out. Ditto the series following the blocked punt.

Take note, one series involved the dreaded empty sets, the other attempted pure smash mouth football. Neither worked. Nor were these isolated incidents. Haley was brilliant at times as Steelers offensive coordinator. Yet at other times, it was almost impossible to escape the feeling that Haley was mailing it in – the 2014 loss to Tampa Bay is a good example.

The Roethlisberger-Haley relationship has been dissected since the day Haley arrived. And while both men have tried to keep everything private, stories of tension between the two never stopped.

For as well as Ben Roethlisberger played under Todd Haley, the two appeared to struggle to stay on the same page. And player and coaches staying on the same page is often what distinguishes success from failure in fire-drill type situations like the end of the Patriots game.

Finally there’s the issue keeping Ben happy. Ed Bouchette of the Pittsburgh Post-Gazette has reported that at least someone on the South Side feels that friction between Roethlisberger and Haley drove Ben to muse about retirement last year. That was then, this is now.

Steelers fans might want to accept it, but the Steelers Super Bowl window might already be shut thanks to Ryan Shazier’s injury. A Le’Veon Bell free agent departure would  tip the scales. Time will tell.

But had Ben Roethlisberger opted to start his “Life’s Work” after the Jacksonville loss, he would have slammed the Steelers Super Bowl window shut in a single swoop. And if sending Todd Haley packing for Cleveland was necessary to keep Ben Roethlisberger playing, then the move was a non-brainer.