The Pittsburgh Steelers cut Mike Mitchell and William Gay today, making official what everyone has been common knowledge for the past several days. However, the day’s news contained a surprise as it also saw the Steelers cut Robert Golden, their special teams captain and reserve safety.

With the releases of Gay, Mitchell, and Golden, the Steelers save $7.2 million in cap space.

Both Mike Mitchell and William Gay had been expected to be salary cap casualties, although Mitchell’s play had seen a noticeable drop in 2017 and William Gay was clearly losing a step. 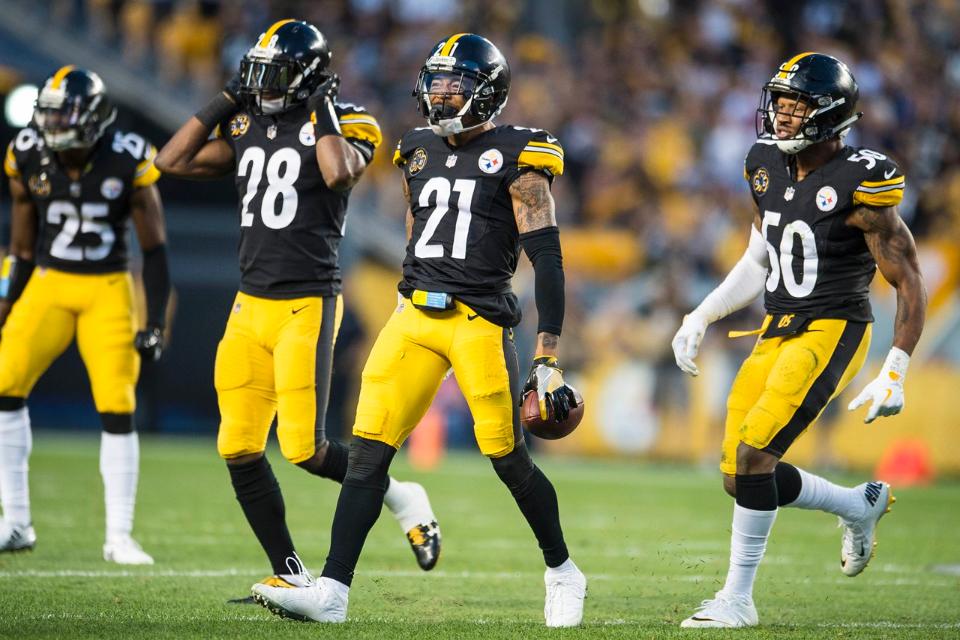 Robert Golden in the Steelers 2017 home win over the Bengals. Photo Credit: Steelers.com

Robert Golden will save the Steelers $1,475,000 in salary cap space although he will carry a dead money charge of $416,668. The move deprives the Steelers of the man who has been their special teams captain for several consecutive seasons, and leaves the franchise with only three experienced safeties in the form of Sean Davis, J.J. Wilcox and Jordan Dangerfield.

Robert Golden came to Pittsburgh as part of the 2012 undrafted rookie free agent class and he accomplished a rare feat that season by not only making the roster, but also getting snaps with the secondary as a rookie.

Indeed, going into training camp at St. Vincents during the summer of 2013 rumblings on the internet even held that if strong training camp performances by Robert Golden and Shamarko Thomas could make Ryan Clark expendable. That never came to pass.

Golden got his first serious action at safety in 2015 in relief of Will Allen and Steelers thought enough of him to resign Robert Golden to a 3 year contract in the spring of 2016. During the 2016 season Golden became a more familiar face in the lineup by 2016. But Golden clearly struggled in the role, and his presence in the secondary was ultimately a liability.

If nothing else, Robert Golden leaves Pittsburgh with a perfect 2-2 passer rating, having completed passes on fake punts in the Steelers 2014 home win over the Browns and their 2017 home win against the Bengals. For the record, Robert Golden appeared in 92 games for the Steelers, made 12 starts had 2 interceptions, forced 1 fumble and recovered 2 more.