Sometimes measurables don’t amount to much in NFL football.

Let’s pair that opening with a confession of sorts. When I started seriously following the Steelers as a teenager (as much you could follow the Steelers from suburban Maryland in those pre-internet days) I was also very much into pro wrestling. It was the heyday of the WWF, after all.

OK, enjoy a good laugh, but remember I was in Junior High then. The point to this tangent, is that this John Madden Football “project” was inspired in no small part by wondering “What would it be like if Andre the Giant had played football?”

In some ways, the 2014 NFL Draft gave the Steelers a similar opportunity, when Daniel McCullers was on the board in the 6th round. Here was a man so immense they called him “Shady Tree.” Surely, with the right tutelage  someone so thoroughly enormous couldn’t but help dominate, right? Well, as Big D Daniel McCullers is about to become a free agent, “D” doesn’t stand for domination, it stands for “Disappointment.” 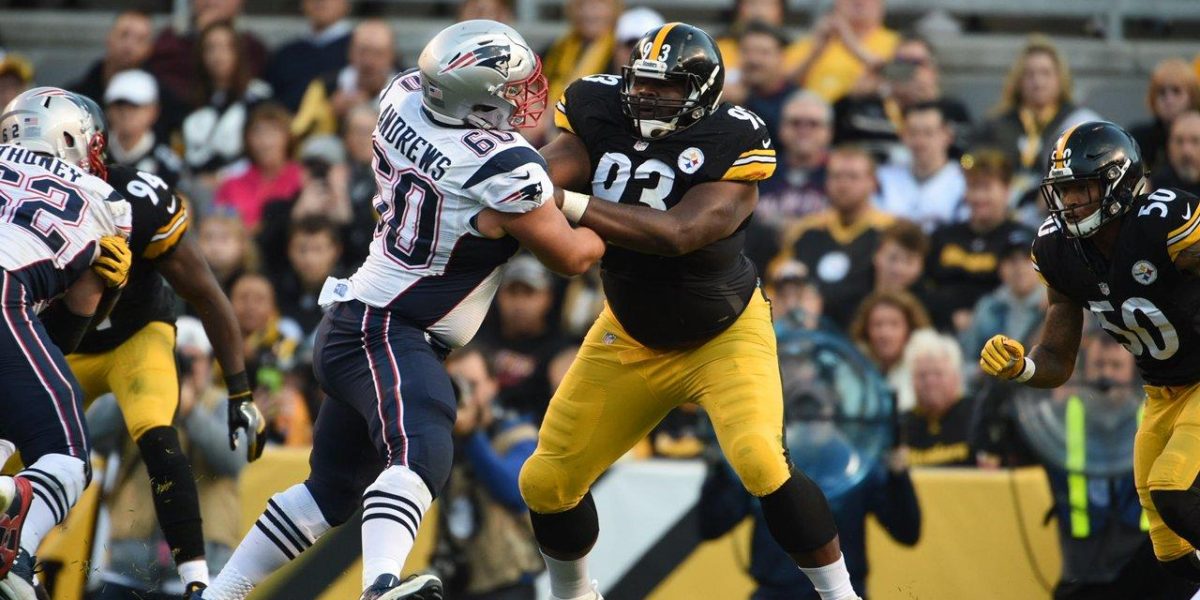 Daniel McCullers sat on the bench during his rookie season only seeing his first action in the Steelers win over the Houston Texas. McCullers appeared in 8 more games as a rookie and only recorded two tackles, but looked capable of doing what nose tackles should do, clog up the middle of the field.

In 2016 McCullers saw action in all 16 games, blocking a field goal against Miami and recording a sack in the season finale against Cleveland. However, despite the season-ending injury to Cam Heyward, McCuller’s snap count only increased from 9% to 17% – rookie Javon Hargrave’s played in 47% of defensive snaps by comparison.

To the surprise of many, McCullers made the Steelers final 53 man roster in 2017, but he only played in 13 snaps during the regular season, as L.T. Walton suplanted him as the team’s top backup nose tackle. That’s 13 snaps, not 13% of snaps.

The Case for the Steelers Resigning Daniel McCullers

The case for the Steelers resigning Daniel McCullers comes down to this: 6’7” 352 pounds. A guy that big has got to be able to do some damage on the football field, right? And you might as well have him during damage for you rather than against you, right?

He hasn’t done it so far, but patience is a virtue, isn’t it?

The Case Against the Steelers Resigning Daniel McCullers

The fact that McCuller’s measurable forms the strongest case you can make for resigning Daniel McCullers is in itself damming. After four years in the NFL, McCullers has a total of 16 tackles. The Steelers have given Daniel McCullers chances, and he has never delivered.

At this point it would be hard to justify even a veteran minimum contract for McCullers, given that there has to be a rookie out there who offers legitimate “upside.”

Curtain’s Call on the Steelers and Daniel McCullers

AFC Divisional playoff loss to the Jaguars should tell you all you need to know about what the Steelers think of Daniel McCullers. The Steelers knew Stephon Tuitt was ailing going into the game, and probably knew that Jarvon Hargrave was less than 100%. Yet, they chose to leave McCullers on the inactive list.

Mitchell had four years to work with McCullers, but even the best position coaches struggle to develop potential at times. Could Karl Dunbar be the answer? The Steelers new defensive line coach brings an impressive track record to Pittsburgh an perhaps can argue that he sees something on film that would justify bringing McCullers back to St. Vincents.

That’s theoretically possible, but not practically plausible so expect McCullers and the Steelers to move in different directions.