It’s an uncertain time to be a running back for the Steelers. If you’re superstar Le’Veon Bell, will you be here next year, the year after that and for the rest of your career?

And if you’re veteran Stevan Ridley, picked up near the tail-end of the 2017 campaign as  a result of James Conner’s injury, do you even want to come back? Stevan Ridley and the merits of retaining his services beyond the proverbial cup of coffee that was his time with Pittsburgh in 2017 is what we’re going to discuss right now. 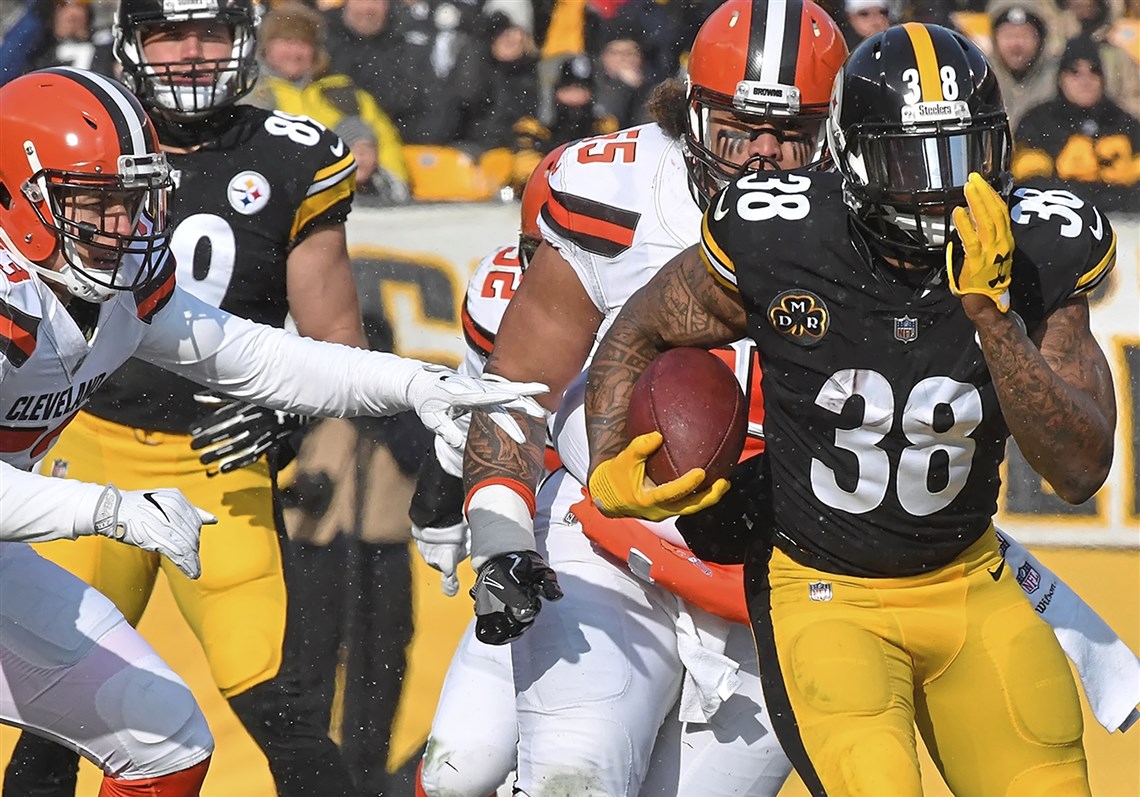 The classic journeyman running back, Stevan Ridley, 29, was a third round pick of the Patriots in the 2011 NFL Draft. Ridley played in New England for four seasons, with his standout year coming in 2012, when he rushed  for 1,263 yards on 290 carries.

A free agent the following spring, Stevan Ridley signed a deal with the Jets, but only remained with them for one season, before bouncing around the league through the end of the ’17 season, when the Steelers came calling on December 19.

Stevan Ridley looked pretty good in limited action for the final two games of the regular season–including a Week 17 start in a game against the Browns that was virtually meaningless. All-in-all, Ridley tallied 26 carries for 108 yards and a touchdown with Pittsburgh, but saw no action in the divisional round playoff loss to the Jaguars on January 14.

It shouldn’t cost more than the veteran minimum to retain the services of a player like Stevan Ridley, who arrived in Pittsburgh literally hours after watching football from the comfort of his own home. He is a veteran with a history of productivity and perhaps showed he has some tread left on his tires during his limited work with the Steelers in December.

If Le’Veon Bell were to sit out 2018, and if James Conner isn’t fully healed by the start of the season, other than Fitzgerald Toussaint, at this point, a restricted free agent, who would start in Pittsburgh’s backfield as things stand right now?

Stevan Ridley might not be a world beater, but the fact that Todd Haley and Mike Tomlin instructed Ben Roethlisberger and Landry Jones to hand the ball to Ridley while keeping Toussaint on the bench should tell you all you need to know.

Regarding retaining the services of the All-Pro Le’Veon Bell, many fans contend that any running back could have success behind the Steelers impressive offensive line, one that now includes three Pro Bowlers.

Perhaps an unfair thing to say, but Ridley was  the very definition of any running back, and he averaged 4.15 yards per carry behind the Steelers hogs. If Stevan Ridley can do that, why not James Conner? Why not Fitz Toussaint? Why not any number of college running backs the Steelers could pick up in the 2018 NFL Draft in and indoctrinate in its system?

Stevan Ridley did well in his limited time rushing for the Steelers. And while his ability to get off the couch to deliver on short notice, in contrast to say Sean Spence, is impressive, one also must keep in mind that Ridley was playing behind an All-Pro offensive line, and against two teams fighting for draft position.

The most consequential decision the Steelers face in free agency is on Le’Veon Bell. But regardless of whether Bell returns or seeks greener pastures, its also hard to argue that the Steelers shouldn’t be able to find someone who can add more to their backfield other than Ridley in 2018.

So if I’m Kevin Colbert and Mike Tomlin, I’m telling Stevan Ridley, “We have your number. Don’t call us. We’ll call you.”