Judging by the title of this article, you probably think I’m going to recount all of the previous times the Steelers entered the final week or weeks of the regular season needing help from teams playing other teams in stadiums not occupied by the Steelers in-order to make the playoffs.

Sort of, but not really. 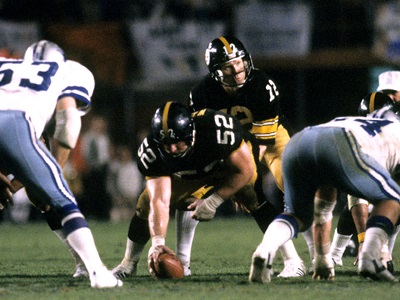 Yeah, so while many are bullish on the new Cleveland Browns and their chances of going to Baltimore this Sunday and taking out the Ravens at M&T Bank Stadium (let’s not forget the Steelers have some business of their own against the Bengals at Heinz Field to take care of), Pittsburgh’s playoff chances are clearly hanging by the proverbial thread–and that is a precarious spot to be in.

They’re not just some team that is used to barely finishing out of the playoffs–believe it or not, at 7-7-1, this is actually true for them. They’re likely not just another team looking forward to a tropical destination this January. They’re probably not even playing for pride–this is what veteran teams do. They’re a team full of youngsters who may actually be drunk on winning.

The Browns won a grand total of one game over the previous two seasons. These Browns are new to this whole winning thing, and I’m sure they’d like nothing more than to hold onto the feeling–even for just one more week. This is Cleveland’s Super Bowl. This is Cleveland’s chance to prove to the whole world that they’re a force to be reckoned with, both this Sunday and many future Sundays to come.

OK, that’s enough rationalizing for one article. Let’s get back to the task at hand: the 2018 Steelers need help this Sunday in-order to make the playoffs. How pathetic, right? Honest to God, this is the third time in the past six seasons Pittsburgh, despite the presences of studs like Ben Roethlisberger, Antonio Brown and Cam Heyward, has AGAIN found itself in this position. How can this keep happening?

In fact, most teams and most fan bases need a hand up and a handout from time to time…even the Steelers of the 1970’s, arguably the greatest football dynasty of all time.

In the middle of their run of four Super Bowl titles in a six year span, the Steelers actually needed the help of others in-order to keep their playoff streak that would eventually reach eight years straight between 1972-1979 from being interrupted.

While the nine-game winning streak to close out the 1976 regular season was legendary–the defense yielded a grand total of 28 points over that span as the team rebounded from a 1-4 start to begin the year–Pittsburgh wouldn’t have made the postseason and wouldn’t have had a chance to win a third-straight Super Bowl if the Raiders, the team’s biggest rival of the 1970’s, wouldn’t have defeated the Bengals in the penultimate game.

The Steelers were Oakland’s biggest obstacle to championship success at that time, and with an 11-1 record and nothing much to play for, it would have been easy to roll over and allow Cincinnati to seize the old AFC Central Division title. But to the Raiders credit, they took care of business, paving the way for a postseason rematch with Pittsburgh–a rematch in-which the Silver and Black came out victorious on the way to their first Lombardi trophy.

A year later, Pittsburgh entered its final regular season game needing a victory and, again, a Cincinnati loss in-order to make the playoffs. The Bengals were playing fellow AFC Central rivals, the Oilers. Unlike the Raiders a year earlier, Houston had absolutely nothing at stake and nothing to play for. A victory by the Bengals would improve their record to 9-5 and earn them a division title over Pittsburgh based on a tiebreaker.

You might not think it’s that big a deal that Pittsburgh almost missed the playoffs a couple of times back in the ’70’s. But, remember, the “Same Old Steelers” days of the 1960’s weren’t that far in the rear-view mirror.

Even though Dan Rooney was now running the team and not his father, owner Art Rooney Sr., the legendary lovable loser who took care of things for the better part of 40 miserable seasons, it may have been easy to panic and revert back to the old ways of doing business–for example, firing head coach Chuck Noll, who had just been sued by the Raiders George Atkinson for his “criminal element” comment, a comment that eventually led to Noll, under oath, admitting that Mel Blount and some other Steeler players were also part of that element.

After all, only four teams made the playoffs from each conference in those days, and it was easier to miss out from time to time. True, but teams didn’t have to deal with free agency or a salary cap, either.

Point is, parity has been a part of the NFL since the days of Pete Rozelle, the legendary commissioner, and not even the Steelers of the 1970’s were immune to it.

It’s just plain hard to make the playoffs in the NFL, and even a dynasty needs some help from time to time.