The Steelers have extended Mike Tomlin’s contract by one year, binding him to Pittsburgh through “at least” the 2021 season. The move came as the Steelers opened training camp at St. Vincents, as Art Rooney II moved quickly to remove any distractions about the job security of his head coach.

Since Bill Cowher’s tenure, the Steelers have traditionally extended their head coach when he has had two years remaining on his contract.

The extension is, however, for one year, with an option which is a bit of a break from tradition, and no one really seems to know why. There are several possibilities:

While all four possibilities are viable, some are more likely than others. 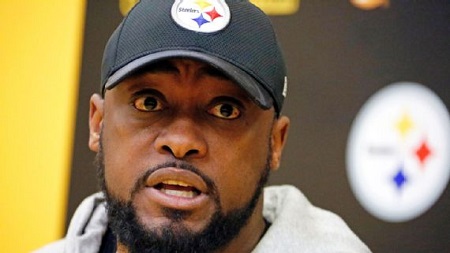 One would like to think that after sticking together through 12 years of ups and downs, Mike Tomlin and the Steelers wouldn’t clash over contract terms. But as Bruce Springsteen wrote, “Sooner or later it all comes down to money honey/Waist deep in a big muddy….”

The idea that Art Rooney II is only offering a one year extension might sit well with fans, and hasn’t been discounted by journalists such as the Post-Gazette’s Gerry Dulac. However, NFL coach’s contracts are guaranteed. Adding an extra year to Mike Tomlin’s contract likely means committing to between 7 and 10 million more dollars.

Mike Tomlin has two kids, Dino Tomlin and Mason Tomlin, in college and while his boys were in high school he has discussed how difficult be for him to miss seeing them play. Depending on how their eligibility is used, if Tomlin walked away at the end of his current deal, he could conceivably see both boys finish their collegiate playing days.

Regardless of motive, today’s announcement all but ensures that Mike Tomlin will be on hand next summer at St. Vincents.

A smidge of other major news to come out of Steelers training camp today. Cornerback Mike Hilton signed his Exclusive Rights Free Agent tender which was his only choice. And in a precautionary move, the Steelers put T.J. Watt on the PUP list due to a tight hamstring.