After years of being on the outside looking in, former Pittsburgh Steelers safety Donnie Shell has been selected for induction into the Pro Football Hall of Fame’s Centennial Class as part of 10 seniors.

Donnie Shell, who retired in 1987, and who has been eligible since 1993 was only a Hall of Fame Finalist in 2002. This despite the fact that Donnie Shell has 51 interceptions to his credit, a record for an NFL strong safety which still stands today, according to Joe Rutter of the Pittsburgh Tribune-Review. 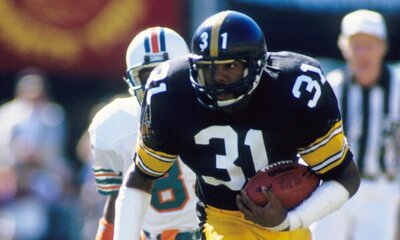 Yet, as commentators debated the merits of inducting Buffalo Bills special teams demon Steve Tasker into the Hall of Fame, Donnie Shell’s name was forgotten outside of Pittsburgh. And the reason is quite clear:

This is the same mentality that hurt Lynn Swann and John Stallworth’s candidacy, with Peter King openly skeptical about putting so many Steelers in the Hall of Fame. As Lynn Swann approached the end of his eligibility, the Steelers made the unusual step of lobbying for Swann, which got Swann in. Swann in turn asked Stallworth to induct him into Canton in an open bid to boost his candidacy. John Stallworth made into the Hall the next year

But, as Ed Bouchette explained in The Athletic, “Back when Lynn Swann and John Stallworth were elected in consecutive years, I had one HOF voter actually tell me I should not even think “that safety’” — Shell — would ever get in.”

Fortunately, the selectors for the Hall of Fame’s Centennial Class saw things differently.

Another Win for the 1974 Rookie Class, Bill Nunn Jr.

The Steelers signed Donnie Shell as an undrafted rookie free agent in 1974. This came on the heels of the 1974 Draft class that saw the Steelers pick future Hall of Famers Lynn Swann, Jack Lambert, John Stallworth and Mike Webster.

The Steelers 1974 Draft Class has long been acknowledged as the best in NFL history, by far, and Donnie Shell’s selection to the Pro Football Hall of Fame only strengthens the shine of the personnel team’s efforts that year. Art Rooney Jr. and Dick Haley deserve credit for that class, Donnie Shell’s invitation to Canton marks yet another milestone in Bill Nunn Jr.’s already impressive resume.

Bill Nunn, who’d come to the Steelers after working as the sports editor of the Pittsburgh Courier, one of the most important African American newspapers of its generation, and maintained extensive connections with the coaches at Historically Black Colleges. This gave the Steelers a leg up in selecting players like L.C. Greenwood, Mel Blount, Stallworth and Donnie Shell.

By 1977 Chuck Noll had had enough of Glen Edwards antics, and traded the safety, paving the way for Donnie Shell to join the Steelers starting lineup. Shell remained the Steelers starting free safety for until 1987. During his career, Shell played in 201 games, made 162 starts, and recorded 19 fumble recoveries. He also appeared in 19 post-season games and started 11 of them.

Will Cowher and Shell have Company in Canton

Donnie Shell joins from Pittsburgh Steelers head coach Bill Cowher as part of the Hall of Fame’s 2020 Centennial Class. Two more Steelers alumni could join them. Troy Polamalu is in his first year of eligibility for the Hall of Fame, and Alan Faneca is a finalist.

Troy Polamalu deserves first year induction, but he along with Faneca could fall victum to the “Too Many Steelers” already in mentality.