With Super Bowl LIV in the books, the 2020 off season is a foot, and the Pittsburgh Steelers wasted little time in getting their 2nd biggest off season question answered when they extended Vice President and General Manager Kevin Colbert’s contract through the 2021 NFL Draft.

Traditionally the Steelers have announced contract extension for front office staff shortly before training camp. Last season the Steelers extended Mike Tomlin’s contract but they did not extend Kevin Colbert’s contract as Art Rooney II announced that Colbert prefers to renew on a year-by-year basis.

While most observers expected Kevin Colbert to return to the Steelers, there have been rumors that he could bolt to the Carolina Panthers, whose owner David Tepper was a former Steelers minority owner.

All of that talk is for naught, as Kevin Colbert is staying put in Pittsburgh. 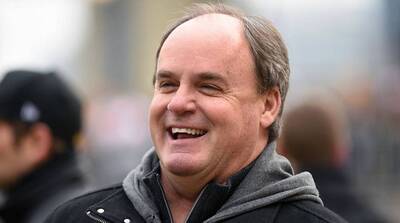 A Pittsburgh native, Kevin Colbert’s return to his home city in February 2000 came as a bit of a surprise. The Steelers had endured two tumultuous seasons, finishing 7-9 in 1998 after suffering a 5 game losing streak, followed by a 6-10 finish that saw the Steelers lose 7 of their last 8.

While failures in the draft and free agency fueled this decline, a feud between Hall of Famer Bill Cowher and then Director of Football Operations Tom Donahoe provided a nasty backstory to the on the field implosion. Dan Rooney had to choose between the two, and he chose Bill Cowher.

Some commentators panned the move, questioning the decision to fly in people from around the league, only to hire the guy who’d graduated from Pittsburgh’s North Catholic – the same school that the Rooneys and Tom Donahoe had attended.

Kevin Colbert has done this by excelling on first round draft picks – Jarvis Jones and Artie Burns stand has is only two misses – made prudent free agent signings securing talents like James Farrior, Ryan Clark and Steven Nelson traded up to bring in stars like Troy Polamalu and Santonio Holmes, and had uncanny success with undrafted rookie free agents by finding gems such as James Harrison and Willie Parker.

With Kevin Colbert locked down for another year, Steelers Nation’s attention now turns to the biggest question of the off season – that of Ben Roethlisberger’s prognosis for recovery from his elbow injury. Per reports, Roethlisberger is scheduled to have his elbow examined in late February.