The Steelers ownership restructuring became public in July of 2008, and the Rooneys promised that their new investors would include “one very recognizable name.”  That person was of course Steelers Hall of Fame wide receiver John Stallworth who officially became a minority owner in 2009.

In doing so, John Stallworth took yet another step in his improbable journey. Click below to jump into one of the legs of that journey or scroll down to follow along for the full ride. 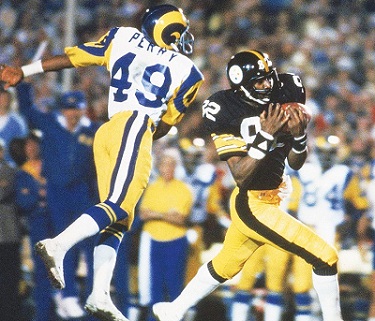 In his self titled autobiography, the late Steelers Chairman Dan Rooney recounts how a team of BLESTO scouts had the ill fortune to time John Stallworth on a wet track. Ever wise, Steelers scout Bill Nunn feigned illness and stayed an extra day in Alabama, ran Stallworth on a dry track, and he got the time he wanted. 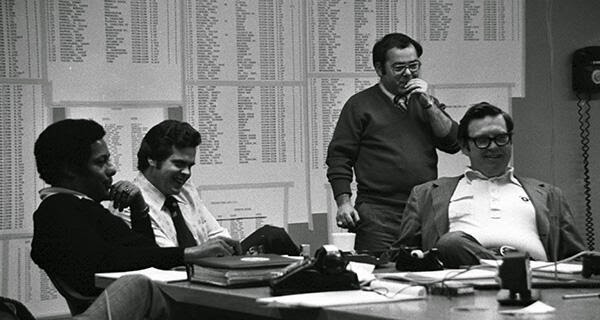 The Glory Years of the Super Steelers

In 1978 Stallworth grabbed 20 fewer balls than Swann, but he averaged five more yards per catch. Together, the two men totaled 102 catches for nearly 1,600 yards and 20 touchdowns. 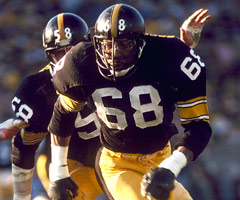 John Stallworth in the 1980s – Resurgence Cements His Greatness 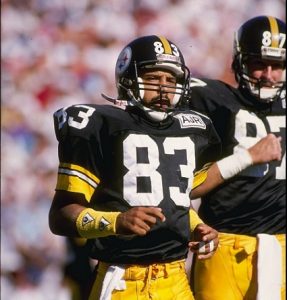 But in the strike-shortened ’87 season, with Louis Lipps hurt and only Weegie Thompson to take pressure off of him, John Stallworth still caught 41 passes for 521 yards.

It would be unfair to label John Stallworth’s success in life after football as improbable. While the Steelers have had their share of players who’ve had difficulty with post-NFL life, far more of those Super Steelers have been just as successful at “life’s work.”

One year later the John Stallworth followed his teammate into enshrinement into Canton.

Now that he is officially an owner, Stallworth joins the handful of former players who’ve ascended to an NFL ownership suite.

But Stallworth is unlikely to be daunted. He’s made a career of beating the odds.