Ah, to be 12-years old again. When you’re 12 and a sports fan, you are more open to new ideas and possibilities. You’re not jaded. You don’t question everything–why you love a team; why you love a specific player; should you love THAT player, or are you too embarrassed by his off-the-field actions to continue to do so? At 12-years old, touchdown celebrations are just fun. Mascots are cool. You don’t complain about a game running too long. 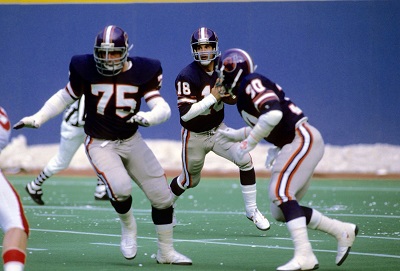 You’re just there to take it all in. And if you’re passionate about the teams that represent your city, well, you welcome them all in regardless of the league or sport that they play. Will the competition and talent level of this new league be the highest possible, or is this some minor league garbage? You might ask that as an adult, but you could care less about that when you’re 12.

Heck, there was a time when I rooted for the Pittsburgh Spirit, an MISL (Major Indoor Soccer League) soccer team that played at the old Civic Arena from 1978-1986. Was the MISL really major indoor soccer? What was the true level of play compared to the rest of the world? I didn’t know, and I didn’t care. I didn’t even know the players.

Would I do that today? Probably not, considering the Pittsburgh Riverhounds, an outdoor soccer team, have been playing games right down the road for years, and I have yet to care.

Speaking of 1984, it was the year that the Pittsburgh Maulers came into existence as an expansion team of the USFL, a spring American football league that operated from 1983-1985. I didn’t know much about the Maulers at the time. I still don’t, actually. I just knew they were going to play their games at Three Rivers Stadium. I also knew that Mike Rozier was going to be the face of their organization. That’s right, Mike Rozier, the Nebraska running back who won the 1983 Heisman Trophy, had shunned the NFL in favor of this upstart spring football league. I can still remember the awe I felt when I learned that Rozier would be playing for the Maulers.

I mean, I watched this guy in college! I had been following the Steelers for about four or five years up to that point, and I could never recall them drafting a college player I had ever even heard of.

It was amazing to me.

Anyway, it wasn’t a great year for the Maulers, who were founded by Ed Debartolo Sr., the very same person who owned the Spirit and, oh yes, the Pittsburgh Penguins of the National Hockey League. Pittsburgh’s first head coach was some guy named Joe Pendry. He quit after 10 games and was replaced by the offensive line coach, Ellis Rainsberger.

The Maulers finished the season with a 3-15 record, but the home-opener, played on March 11, 1984, was memorable in that it took place before a sellout crowd at TRS and featured a matchup against Cliff Stoudt, the Steelers’ starting quarterback in 1983. Stoudt led his new team, the Birmingham Stallions, to a 30-18 victory. However, the fans in attendance didn’t let Stoudt’s defection to a new team and league slide and pelted him with snowballs all throughout the game.

After ending the 1984 season tied for the worst record in the USFL, the Maulers decided to fold when the league announced that it would be competing head-to-head with the NFL every fall, starting in 1986.

Who knows what may have happened with the Maulers and the USFL if not for this seemingly inexplicable decision to go up against the biggest dogs in American professional sports.

They didn’t have many stars outside of Rozier, but they did have a few players who would go on to have decent careers in the NFL, including offensive lineman Don Maggs and former Pitt basketball star, Sam Clancy. When I think of the USFL, I think of that ’84 season. I didn’t watch it much before that year or much the following season. 1984 was the year the L.A. Express decided to give BYU quarterback, Steve Young, the richest contract in the history of American sports. 1984 was the year that Jim Kelly, a Pittsburgh-area native, decided to shun the Buffalo Bills and sign with the Houston Gamblers.

Kelly set USFL marks that season for passing yards (5,219) and touchdown passes (44) and was voted Rookie of the Year and league MVP. Later that year, Dan Marino, like Kelly, from Pittsburgh, set NFL single-season records for passing yards (5,084) and touchdown passes (48) while leading the Dolphins to the Super Bowl. He was, of course, voted league MVP.

That’s right, for one season, two Pittsburgh kids played the position of quarterback better than anyone ever had before and did so for two different leagues.

As someone who just turned 49, I don’t know how I’d respond today to a new Pittsburgh Maulers. It was recently announced that the USFL would be returning in 2022. I don’t know if Pittsburgh will be awarded a team of its own again, but if it is, I’ll bet some 12-year old kid will love it unconditionally.