We’ve got a lot of improvements to make, obviously, but boy, it’s good to win a game like that, to get to know yourselves individually and collectively when faced with dire circumstances at times, and seemingly when it’s not going your way.

Tomlin is right. Games like this do reveal a lot about a team. The 2021 Steelers certainly learned a lot about themselves Sunday night? But did we learn anything about them? 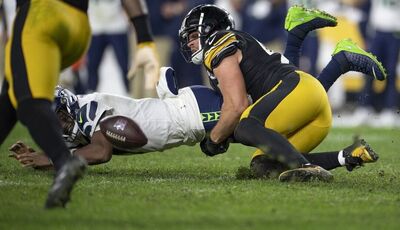 Offensive Evolution vs Reaching a Plateau?

Coming out of training camp, Ben Roethlisberger was the first person to remind everyone that the Steelers offense would be a work in progress. The first month of the season proved that the Steelers quarterback should have been taken at his word.

The Steelers spent the first quarter trading punts with the Seahawks, reverting the slow starts that plagued them in September. But if Matt Canada panicked, it wasn’t evident in his play calling as the second quarter saw the Steelers stich together two clock consuming drives that ended in Najee Harris and Eric Ebron touchdown runs.

On the plus side, this happened despite Najee Harris rushing for partly 28 yards on 13 carries. On the minus side, the Steelers got the ball back at their own 41 with 36 seconds left yet only managed 3 yards and had to punt it back. 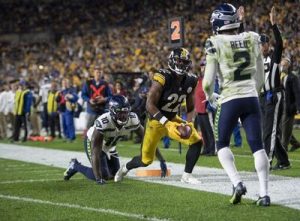 Najee Harris finished the game with 81 yards, which means he averaged close to 5 yards a carry in the second half. Getting the ball at their own 26 yard line with the game tied and 5 minutes remaining, the Steelers fed the ball to Harris 5 times.

Last year or even last month, such a slow start to the running game would have resulted in Ben Roethlisberger tossing 50 times. That didn’t happen, which shows the Steelers offense is taking a step in the right direction.

And it is a step the Steelers need it to take, because the Seahawks game confirms that Big Ben can no longer carry this team. For all of the sound and fury generated by clock management, one of the trade marks of the later part of the Tomlin era is to use the final minute of the first half to tack on a field goal. The Steelers tried, but didn’t sniff field goal distance, which foreshadowed things much of the 2nd half.

With 9 minutes left in the 4th, the Steelers got the ball at their own 20. With the game tied, a score was necessary. The Seahawks stuffed Harris on first, Roethlisberger overthrew Diontae Johnson on 2nd and underthrew Chase Claypool on third and the Steelers had to punt.

The game didn’t turn on that play or that series, but those weren’t isolated examples of throws that Roethlisberger would have made prior to his injury.

Watt’s a One Man Offense?

Dealing with the loss of a playmaker is never easy. When the Steelers hit the dark days of 1998 and 1999 Dan Rooney explained that his team needed playmakers, offering Rod Woodson as an example.

To be fair to Ben Roethlisberger, the Steelers second half struggles are hardly all on him. Both Johnson and Claypool left critical catches on the field. And, not to put too fine point on things, the defense “forgot” how to tackle for much of the second half. 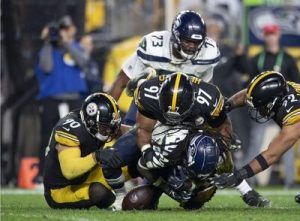 With no disrespect to Alex Highsmith and Tre Norwood – who’d stepped up with some critical third down plays — one can be forgiven for thinking the Steelers defense needs no one other than T.J. Watt.

Let the record reflect that during regulation, T.J. Watt failed to record a sack. In the elder days of ESPN’s NFL PrimeTime one can imagine Chris Berman and Tom Jackson extolling “Hats off Seattle offense. You can’t hope to stop T.J. Watt, you can only hope to contain him, and contain him they did.”

How about 3 defensed passes and two tackles for losses, both of which came in the 4th quarter, stoning Alex Collins after he’d steamrolled the Steelers offense. All four of those possessions on which Watt made those plays resulted in punts.

Seattle won the toss in OT, and T.J. Watt droped Collins for a loss on first down. Cam Heyward made another tackle for a loss, but that was sandwiched by 21 and 10 yard passes to Tyler Lockett and D.J. Dallas.

It was 3rd and 4 at the Steelers 45. A conversion and Seattle can start thinking about kicking a field goal. Instead, T.J. Watt dropped Geno Smith for a 14 yard loss. The Steelers got the ball at their 20 and could only get 9 yards when they needed 10.

Fortunately, Presley Harvin answered the call by booming a 56 yard punt out of bounds.

Pete Carroll had learned his lesson. On first down he put 3 defenders on T.J. Watt. It didn’t matter:

Devin Bush avoided his “running the wrong way” highlight reel and two plays later, Chris Boswell was splitting the uprights to pull the Steelers back to .500.

But thanks to T.J. Watt’s heroics, the Steelers can at least do that from a .500 perch, which is as close to a clean slate as team that suffers a 3 game September losing streak is going to get.