Free agency officially began for the NFL as Pittsburgh continued its prolific free agent spending spree that saw the Steelers sign inside linebacker Myles Jack from the Jacksonville Jaguars.

These moves carried costs, as the Steelers parted ways with Zach Banner and Myles Jack’s arrival almost certainly means that Joe Schobert will be released. 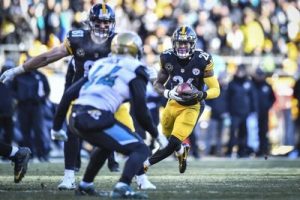 Jack had been cut by the Jaguars, and reported signed a two year, $16 million dollar contract. Jacksonville drafted Jack in the 2nd round of the 2016 NFL Draft, and Jack went on to start 82 games for the Jaguars.

During that time with the Jaguars, he has 6 sacks, 3 interceptions, 15 passes defensed and 19 tackles for losses. That interception count doesn’t include one that Steelers fans would doubtlessly like to forget, as he picked off Ben Roethlisberger in the 2017 Heinz Field playoff loss to the Jaguars, setting up an easy score for Jacksonville and allowing them to go up 14-0. Despite being in the NFL for 6 years, Jack is only 26.

While much of this weakness ties directly to the losses/absence of Stephon Tuitt and Tyson Alualu, Devin Bush struggled in his return from his ACL, and Joe Schobert had a tough time against the run. Hopefully, Myles Jack will strengthen the center.

The Steelers also issued restricted free agent tenders to Robert Spillane as expected, but surprisingly issued one to Marcus Allen. While he struggles in pass protection (see the Myles Jack signing), Spillane has been stout against the run. In contrast, Marcus Allen is a converted safety playing inside linebacker and has not been very effective in that role.