What is it with Green Bay quarterbacks and drama? In the not too distant past, ESPN off season ratings rose and fell on Brett Favre’s latest retirement whim. It seems that his successor, Aaron Rodgers, has taken up the mantel.

If Pro Football Talk”s Mike Florio is to be believed, and folks the operative word here is IF, Aaron Rodgers has decided on 3 teams he’ll play for IF he in fact decides he won’t retire and if decides he wants to play and doesn’t want to play for the Green Bay Packers.

And, if Florio’s reporting is accurate, and folks the operative word here is again IF, “…Rodgers has specific deals lined up with other teams — and those teams have trade compensation lined up with the Packers.” 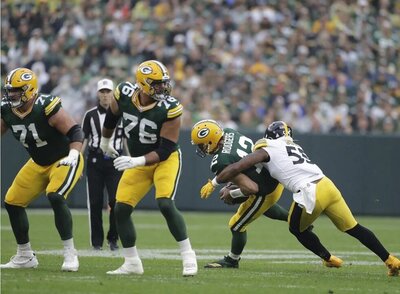 [Editorial aside: Hum, this sounds like something an agent would leak to create a buzz around his client, doesn’t it? Just maybe. Hum, did Florio bother to confirm this with either the Packers or the teams involved? Yeah. Maybe he even talked to Art Rooney II himself. Think so? No, neither do I.]

Ben Roethlisberger retires and instead of rebuilding, the Steelers welcome a reigning NFL MVP to the fold. And who would shy away from adding an NFL MVP and one of the best quarterbacks of his time? What’s not to like?

Now add that to Rodgers’ other recent off the field distractions. Is this something you really want to import into Pittsburgh?

Even if these subjective considerations don’t’ concern you, the Steelers trading for Aaron Rodgers would be a bad football decision on many levels. Go back to point one of the 4 Point Roadmap to get the Steelers back to the Super Bowl, published earlier here.

Point One was “Embrace the Suck.” In a nutshell, that means that the Steelers need to begin the post-Roethlisberger era being honest with themselves about where they stand as a football team. And any honest assessment will conclude that this team is not a franchise quarterback away from a Super Bowl. 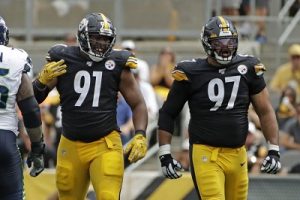 Sure, Stephon Tuitt is indicating he wants to play again and if he does and if Tyson Alualu returns and stays healthy, the Steelers run defense figures to be exponentially better next year, (OK, could it get worse?) And that improvement should come even if Devin Bush doesn’t return to pre-ACL tear form.

Bringing in Aaron Rodgers means sacrificing the draft capital and the salary cap space needed to start fixing them. It is easy to Monday Morning Quarterback the personnel decisions that Art Rooney II, Kevin Colbert and Mike Tomlin have made since, say 2015 with an eye toward “Reloading while we still have Roethlisberger.”

But that mentality led the franchise to make mistakes. The 2016 NFL Draft offers an excellent example. The Steelers went in needing a cornerback. Several got taken before Pittsburgh could pick, including William Jackson, the one who they really wanted.

So the Steelers reached for Artie Burns instead. Now Artie Burns had talent. But he never developed it, and he ended up becoming one of the 2 true Kevin Colbert 1st round busts. 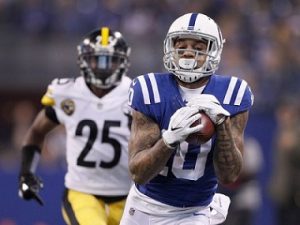 But maybe if the Steelers aren’t feeling the frenzy to “Reload for Roethlisberger,” they don’t reach for Artie Burns. Maybe they instead draft Kenny Clark or Chris Jones.

No, I don’t care if either player would have been a good fit for the Steelers system – that’s not the point. The point is that both men went a handful of picks after Burns and together they have 5 Pro Bowl selections, or one more than Burns’ career interception total.

The Steelers are at crossroads in their history where they need, to use Jim Wexell’s term, “foundational pieces.”

They need young players who can infuse the locker room with the mix of talent, work ethic and attitude necessary to build the foundations for a Super Bowl run.

Sending multiple 1st round picks, a few seconds and thirds, and restructuring contracts to free up 40-something million in salary cap space for a 39 year old drama queen short-circuits that process.

Let the resident Twitter General Managers in Steelers Nation map out the free agent signings, contract restructures and late round draft picks Kevin Colbert would need to make to position Aaron Rodgers for a run.

They can have all of it. All of it as long as this remains nothing more than noise to those on the South Side whose opinions actually count.