Right now it is tough to be a citizen of Steelers Nation. The Pittsburgh Steelers are 3-7. They just got their tails kicked by the Bengals in a game that got flexed out of Prime Time and are heading into a Monday Night Football matchup up with the Colts. 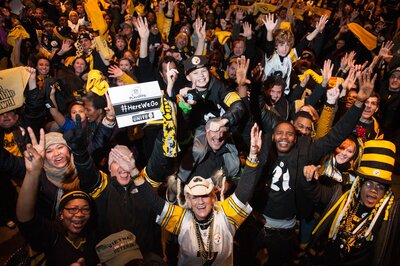 Playing MNF used to be a “get to,” as in “we GET TO watch the Steelers on Monday Night!” Now it’s a “gotta,” as in “We gotta watch the Steelers this Monday…” (and this “gotta” sensation is even more pronouced for those of us who live in parts of the world where the game will end at 2:30 am.)

So be it. Rebuilding is a tough thing for a franchise to go through and it can be agonizing for the fans to watch. If you didn’t understand before why Art Rooney II resisted the urge to “Tear off the Band Aid” and instead hung on to Ben Roethlisberger as long as he could, the last 10 games should have enlightened you.

Yes, these last 10 games have shown just how much of a difference a franchise quarterback, even an aging one whose lost his mobility and his ability to throw deep, can make. But of course the Steelers struggles this season go far beyond Kenny Pickett’s growing pains.

It is clear that there’s no a single spot on the depth chart that couldn’t benefit from an immediate injection of talent. And that’s tough to watch.

This gut check calls to mind something I learned in the classroom of someone who was one of my formative influences as a Steelers fan. On the first day of school in the fall of 1986 at suburban Maryland’s Parkland Junior High School (yes, we still had “Jr. High” then), my Honors NSL Government teacher Dave Walzak, introduced himself and after talking about his educational background related, “…What else do you need to know about me? Well, I’m from Pittsburgh originally. I root for the Steelers and I HATE the Redskins.”

And it was during Mr. Walzak’s that we learned about Thomas Paine, one of the intellectual architects for US revolution, who wrote in American Crisis:

THESE are the times that try men’s souls. The summer soldier and the sunshine patriot will, in this crisis, shrink from the service of their country….

Dare we suggest that “THESE are times that try fan’s souls. The summer Steelers fan and the sunshine patriot of Steelers Nation will, in this crisis, shrink from the service of their team….” A little exaggerated to apply that to Steelers fans during this 3-7 start?

Yes, I suppose it is exaggerated. Just as some of the reactions to the Steelers first losing season since 2003 are exaggerated. 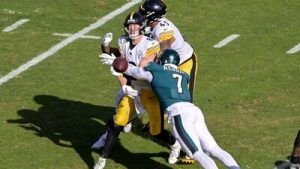 Look, losing sucks. And there are times when Pittsburgh has played piss poorly this season. But rebuilding is a process albeit a painful one. And as the old adage goes, “No pain, no gain.”

I may not actually have been born in Pittsburgh, but my brother and sister were, my parents were, as were all four of my grandparents, and the only two of my great-grandparents that weren’t born there emigrated to Pittsburgh from Germany and Italy.

Heck, St. Joe’s and St. George’s cemetery off of Brownsville Road in Mt. Oliver is the final resting place of all four of my grandparents, my dad’s biological mother, 7 great aunts and uncles, 4 great grandparents and two cousins who were taken from us far, far too soon.

So no matter how long this rebuilding process goes on, the Pittsburgh Steelers are my team. Period. 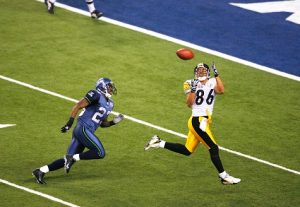 Many fans don’t share these family ties to the Steel City. Fair enough. Sticking with the Steelers during down times like these is what makes moments like Antwaan Randle El to Hines Ward in Super Bowl XL or Ben Roethlisberger to Santonio Holmes in Super Bowl XLIII all the more special.

And if that doesn’t quite seal the deal for you, then think of the example Mr. Walzak set. He was a re-located Pittsburgher who remained loyal to his team in an era when it was difficult to follow, let alone watch an out of town franchise. And he made his “I love the Steelers. I hate the Redskins” declaration in 1986, when the Steelers started 3-7 and finished 6-10. Mr. Walzak remained loyal.

In doing so Mr. Walzak’s example inspired similar loyalty to in a would be wavering 14 year old. His example should continue to inspire us today.