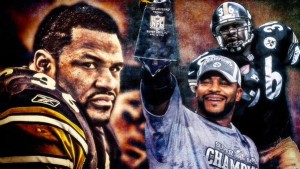 The Steelers won their division in 1996 and it took two Kordell Stewart end zone interceptions a last minute John Elway comeback in 1997 to keep them out of the Super Bowl. 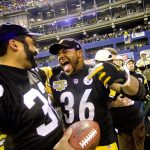 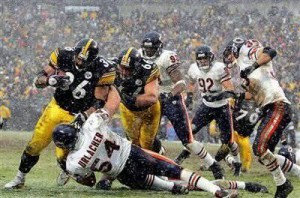 There was no questioning the love, respect and admiration those who knew Art Rooney had for the late founder of the Pittsburgh Steelers, who passed away in 1988.

In fact, the legendary Mean Joe Greene has stated more than once that winning the franchise’s first Super Bowl following the 1974 season and doing it for his thoughtful and affectionate 73 year old boss, a man who had literally suffered through decades of losing, was “real.” Obviously, this sentiment was shared by most of Greene’s teammates, including linebacker and team captain Andy Russell, who, during the post-game celebration in the team’s locker room, made a last second decision to give the game ball to Mr. Rooney, instead of Greene, the team’s ferocious defensive tackle.

Nobody in that locker room thought twice about Russell’s actions, because it was the right thing and, again, it was “real.”

Such was the love for now Hall of Fame running back Jerome Bettis during his 10 seasons toting the rock in Pittsburgh.

Bettis came to the Steelers in 1996, with a bit of a reputation as a malcontent and selfish player from his days with the Rams. But that reputation was quickly washed away upon No. 36’s arrival, and he soon became one of the leaders in the locker room and one of the most beloved players the City of Pittsburgh has ever seen.

Maybe it was his charismatic demeanor, or the way he seemed to love sticking up for his teammates by taking on defenders. But whenever Bettis reached pay-dirt either by bowling over defenders or carrying them with him, Yours truly would just “mark out,” as they say in the wrestling business, and it just felt more thrilling and satisfying than when any other Steeler did the same.

In his now famous interview with reporters the day after the Steelers disappointing home loss to New England in the 2004 AFC Championship game, an emotional Hines Ward, said of Bettis, “I wanted to win more for him than anything. He deserves to be a champion.”

Ward was one of several teammates who stood in the team’s locker room at Heinz Field moments earlier and listened to Bettis thank his teammates for the “memories.”

Thankfully, he did. This is just speculation, of course, but it’s doubtful the 2005 Steelers would have had that “extra something” to get them over the hump and to Detroit for Super Bowl XL, if Bettis wasn’t around to act as a lightning rod of inspiration. Pittsburgh was 7-5 and on the outside looking in at the playoffs, with only four games left. But there was that “drive” to take the Bus to Detroit.

Bettis wasn’t a starter in ’05, and he only rushed for 368 yards as a back-up to Willie Parker. But he was still one of the leaders of the team, and he had the collective ear of those around him.

The love for Bettis was so real and so genuine, Joey Porter even arranged for The Bus to run out of the tunnel all by himself during the team introductions in Super Bowl XL.

The Steelers winning their first Super Bowl in 26 seasons (a 21-10 victory over Seattle) was special enough, but when you add in the story of Bettis, the love he had from his teammates, and the love the City of Pittsburgh had for him? It turned a great and memorable campaign into a magical one.

Much like with the love and respect his players have for former defensive coordinator Dick LeBeau, the affection Bettis’s teammates had for him is a rare commodity in today’s professional sports world.